Preemption: How One Word Can Stop Progress in Local Communities

Cities are fighting back against preemption to chart their own course on issues from labor standards to civil rights to environmental protection.

In August I attended the Mayors Innovation Project summer meeting in Grand Rapids where one of the most common themes in presentations and casual conversations was "preemption." So we reached out to Kim Haddow with the Local Solutions Support Center to find out more about preemption, why it has so many communities worried, and what they are doing about it.

Here is our Q&A on preemption:

END_OF_DOCUMENT_TOKEN_TO_BE_REPLACED 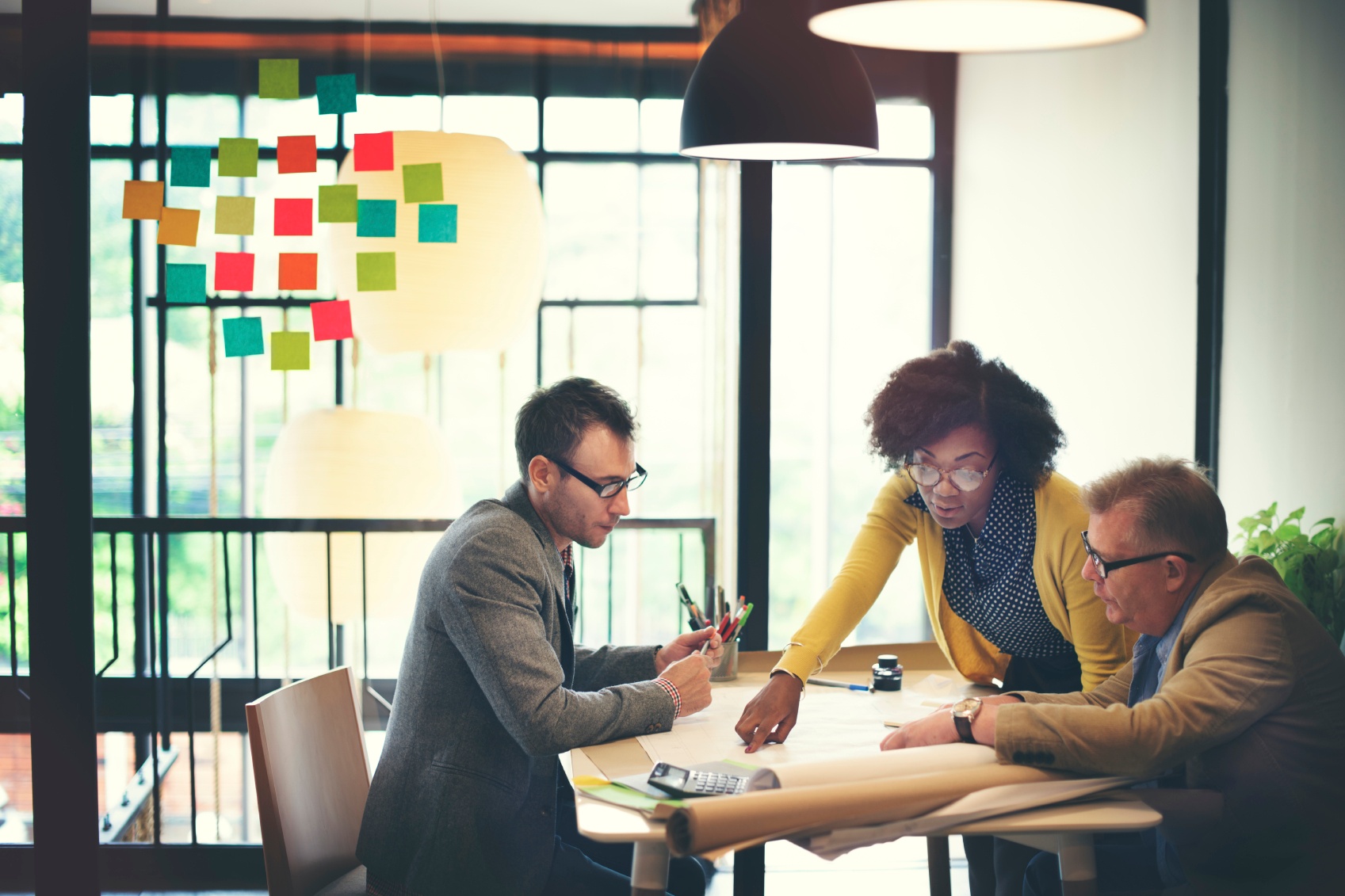 At KLA our clients want thriving, inclusive, healthy communities. Sometimes they come to us before they kick off of a major planning process, and we partner with them throughout that journey. Other times it starts with a GHG inventory or implementing a specific grant-based project with community engagement. Still others come to us for our Community Dashboard and wind up integrating our communications support.

Regardless of the starting point, KLA has been proud to work with communities from Encinitas, CA, to Cambridge, MA, and Indianapolis, IN, West Palm Beach, FL and San Antonio, TX. Here are 6 ways we help them achieve their climate and sustainability goals.

END_OF_DOCUMENT_TOKEN_TO_BE_REPLACED

New Podcast: What a Resilience Hub Can Do for Your Community Before, During + After Disasters 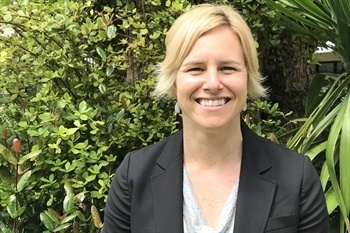 Summer is winding down, and National Preparedness Month is upon us.  It’s been a summer filled with headlines of devastating wildfires in California, heat waves around the globe and extreme rainfall and flooding events from the US to Japan. It’s clear that communities big and small should be thinking about the impacts they might face now and in the future with climate change.

Among strategies to prepare for natural disasters, “resilience hubs” are gaining momentum as well as a reputation for fostering equity, neighborhood development and local community power.

In my latest podcast episode of SAS Talk with Kim, I spoke with Kristin Baja, Climate Resilience Officer at USDN and formerly with the City of Baltimore, about the concept, value and logistics of resilience hubs and more of USDN’s work on climate resilience.

END_OF_DOCUMENT_TOKEN_TO_BE_REPLACED

How Indianapolis Used Animals, Bikes, Yoga and a Passport to Engage Kids in Sustainability Planning 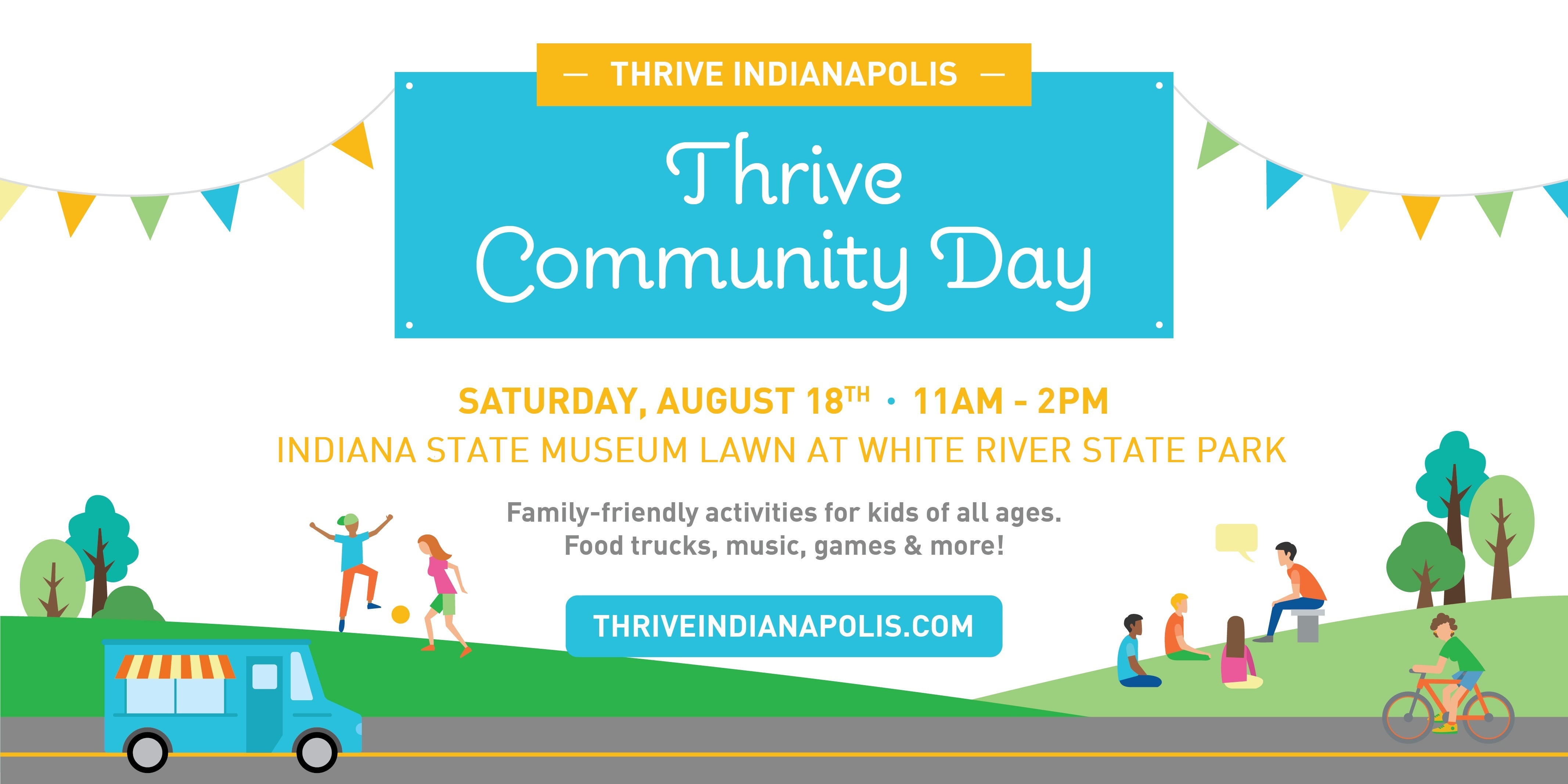 Earlier we wrote about KLA’s work with the City of Indianapolis to think outside the box for public engagement in developing their Sustainability and Resilience Plan. Part of the Thrive Indianapolis approach is a focus on several populations that are not typically engaged in a community planning process, including youth.

Young people -- which we defined loosely as elementary through high school ages -- will, after all, be the ones living with the impacts of today’s decisions longer than the rest of us.

So Indianapolis pulled together the first Thrive Community Day in mid-August as an end-of-summer celebratory and educational event specifically designed to engage a younger audience. It was a hit.

END_OF_DOCUMENT_TOKEN_TO_BE_REPLACED

Beyond the Usual Suspects: 3 Public Engagement Strategies from Thrive Indianapolis

Read a quick update on Thrive Indianapolis, "How Indianapolis Used Animals, Bikes, Yoga, and a Passport to Engage Kids in Sustainability Planning."


Many sustainability planning processes (and indeed planning processes in general) tout community engagement as the cornerstone of plan development. But we often see the same actors engaged time after time. These are often representatives and members of environmental nonprofits and super civic-minded citizens. While their opinions are important, ultimately the needs and perspectives of huge swaths of the community are not reflected in the final plans because they weren’t given the right opportunity to voice them.

That was not the approach Indianapolis wanted to take when they embarked on their Sustainability and Resilience planning process and brought the KLA Team in to manage it. The plan -- called Thrive Indianapolis -- brings together City agencies, community partners, and residents to chart a course for an Indianapolis that is equitable, healthier, and prepared for the challenges of the 21st century. It encompasses 8 “plan elements”:

So it touches on everything -- and everyone -- from infrastructure to parks to jobs to food access to transportation options to safe streets to air and water quality. We’re still only halfway through the process, but so far the approach we’ve taken with the City and our partners to really shake up the standard community engagement game is showing results.

END_OF_DOCUMENT_TOKEN_TO_BE_REPLACED

How a Game, Surveys + Virtual Reality Can Support Your Resilience + Preparedness Outreach 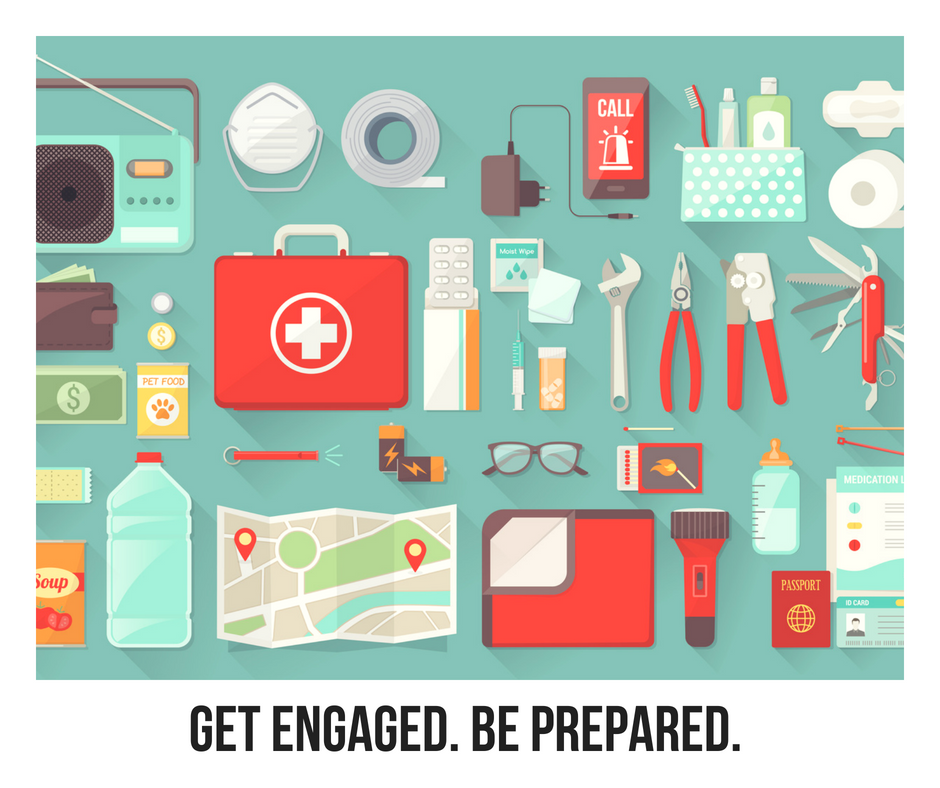 We’re in the middle of hurricane and wildfire seasons with other parts of the country battling heat waves and others recovering from flooding. And we’re weeks away from National Emergency Preparedness Month (September). Is your community ready if your number is up?

There are plenty of ways to engage community members and key stakeholders in your emergency preparedness and climate resilience planning.  We're taking a look at 3 -- a game, a survey tool and virtual reality -- that we think are the most fun and effective.

END_OF_DOCUMENT_TOKEN_TO_BE_REPLACED 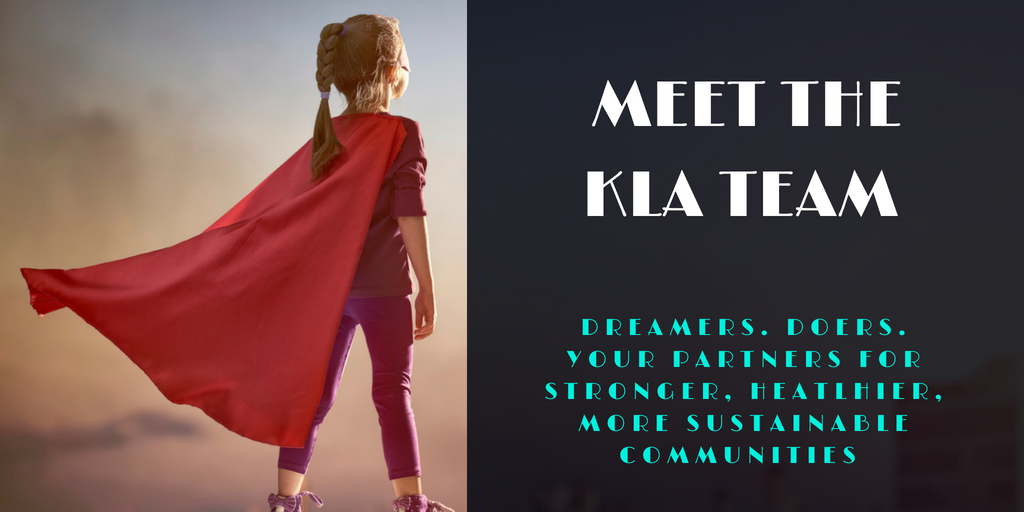 Who is Behind the KLA Curtain?

On any given day you can find members of our growing KLA Team:

These are tasks we all juggle. And for a growing slate of clients. But with a team this expansive and collaborative, we can effectively juggle without dropping any balls.

So who is this team? Lately we’ve been growing by leaps and bounds, so I wanted to take the opportunity to introduce us to you. You can also do the Cliffs Notes version on our profile page.

END_OF_DOCUMENT_TOKEN_TO_BE_REPLACED 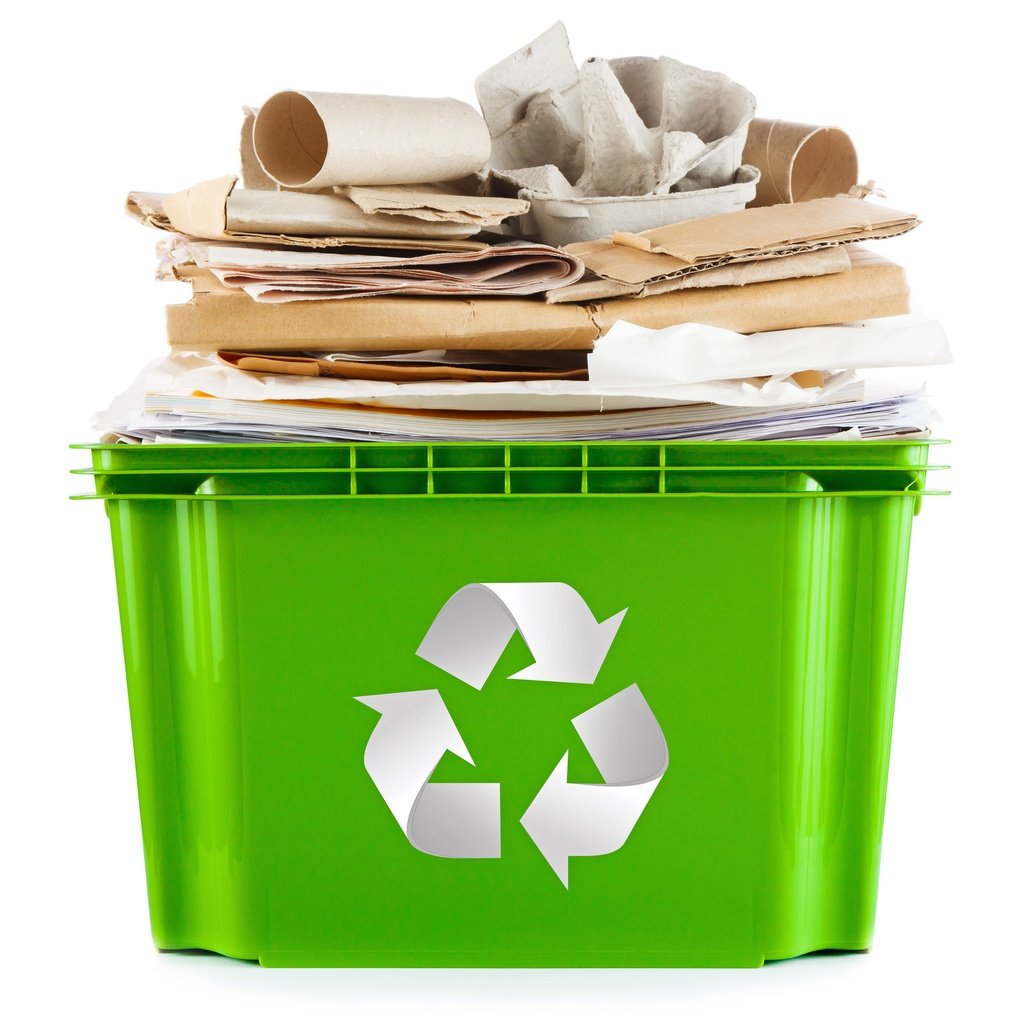 Recycling. It has been called the “gateway to sustainability” for cities. It’s one of the first things individuals and businesses think of when you ask them what it means to be “green.” And it’s making all sorts of news headlines these days.

Recycling, waste reduction in general and plastics pollution have been in the news recently in part because China announced a ban on some imports of waste and recyclables.

When the KLA team sat down to identify who would be the best local governments to talk to on the subject for our podcast, Austin, Texas, came to mind. A lot of folks in our field have heard about Austin’s zero waste goal (by 2040) which has been around more than a decade (there’s a good EPA case study on this) and calls for the City to 75% diversion by 2020 and 90% by 2030.

END_OF_DOCUMENT_TOKEN_TO_BE_REPLACED

Even as we work tirelessly and in the face of great obstacles to reduce our greenhouse gas emissions, humans have already set in motion impacts from climate change -- many of which we’re witnessing in real time: more frequent and intense storms, flooding, sea level rise, drought and extreme weather events. Thus, communities around the world are embracing climate adaptation measures and plans to be resilient to what the future will bring -- and what the present is already delivering.

END_OF_DOCUMENT_TOKEN_TO_BE_REPLACED

Participatory Budgeting: How to Put the People in Public Works (APWA) 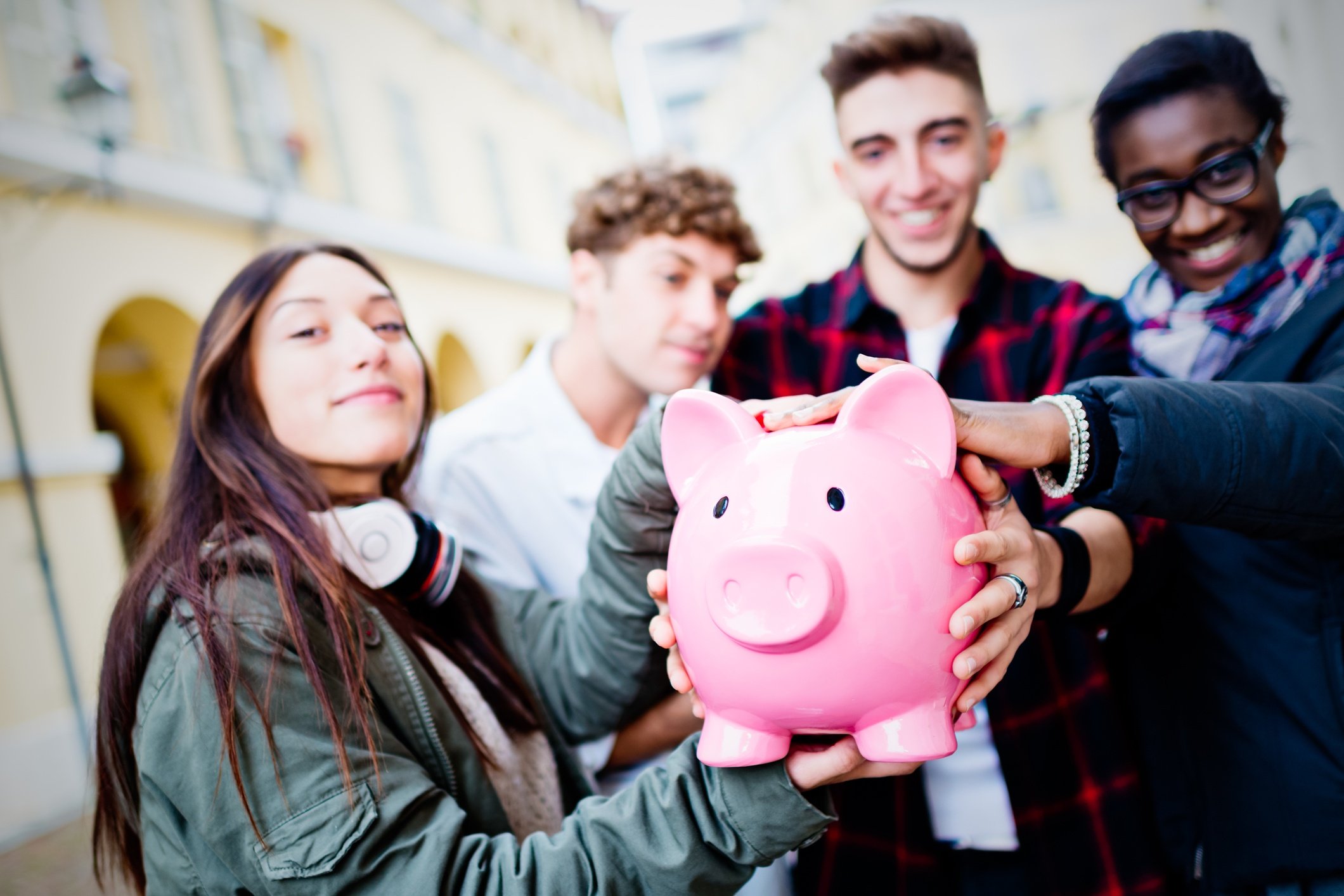 This article originally appeared in the American Public Works Association (APWA) publication The Reporter's May 2018 issue.

By: Kim Lundgren of Kim Lundgren Associates and the APWA Center for Sustainability (C4S) and Jennifer Godzeno, Deputy Director at the Participatory Budgeting Project.

Listen to a podcast on the topic of Participatory Budgeting with Kim and Jen.

In Public Works, we often struggle to tell our stories and effectively engage the public, particularly given the fast pace of our day to day. We are busy answering calls when people have thoughts about potholes, water/sewer service issues, road closures, trees that need to be trimmed, new playground and park equipment and everything in between. Most people in our communities don’t grasp what it takes to deliver all of these services every day, ensure public safety is always the top priority, and fund all of these activities. And if we don’t effectively communicate with and engage the public, we can’t expect them to understand.

But what if we could give everyone the opportunity to look behind that curtain -- to participate in helping make the tough decisions about what will get funded and what won’t. At a minimum they could appreciate the delicate balancing act we play. And that transparency could help forge a working partnership with constituents as we work together to make our communities better places to live.

Started in Puerto Alegre, Brazil, in 1989 and introduced in the US in Chicago two decades later, PB is gaining steam because of the myriad of challenges it addresses and benefits it offers communities large and small, including:

The Participatory Budgeting Project breaks the process down into fives stages:

From the point at which a local government thinks “hey, this could work for us” through to actual implementation can feel like an eternity. The planning stage can take 3-6 months followed by 5-8 months for the implementation stages. It involves getting buy-in among the right players and departments internally and externally, determining the budget and scope, identifying a budget and securing funding, and a significant amount of prep work.

So is it worth it?

No longer an experiment, PB is a proven method globally that has been in the US less than a decade and is already showing results. Research by Public Agenda found that “46 jurisdictions across 13 cities in the U.S. and Canada undertook PB between July 2014 and June 2015. During that time, public officials allocated nearly $50 million to PB projects. 73,381 residents voted on 892 projects, and 360 projects won public funding.”

Oakland, California, used PB to help low- to moderate-income communities decide how to to spend almost $800,000 in federally administered HUD Community Development Block Grants. These grants require public participation in deciding how to use the funds, but without PB can be ineffective. In 2017 more than 1,200 Oakland residents voted for projects including meals, mobile showers, and health services for the homeless, housing counseling and legal advice for tenants at risk of eviction, life-skills classes and other support for immigrants and seniors who speak English as a second language, and internship and apprenticeship placement and career counseling for youth.

Greensboro, North Carolina, was the first city in the South to give PB a test run back in 2015-2016. They completed the second PB cycle for 2018-2019 FY funding and are planning a third round. Here are some fast facts from the first PB exercise in Greensboro:

Indeed, many of the projects that are funded through PB fall under the Public Works umbrella. In the most recent cycle of PB in New York City, about 40% of the projects funded were for infrastructure improvements and most of the remaining going to schools. Examples abound from coast to coast of PB-funded bike lanes, community gardens, transit upgrades (like bus station shelters or benches), playground equipment, street lights and composting facilities.

You can easily integrate Participatory Budgeting into your current planning and budget processes.

Participatory budgeting won’t change the fact that Public Works departments have to juggle immediate -- often emergency response -- needs, city priorities and community member desires -- all on a constrained budget. Some projects will get funded and others will have to wait in line. But with PB, those decisions are made together with community input and in a manner that fosters a mutual appreciation and understanding.