If you live in a coastal community or one prone to flooding, you might have watched Houston in the aftermath of Hurricane Harvey with a bit of trepidation. 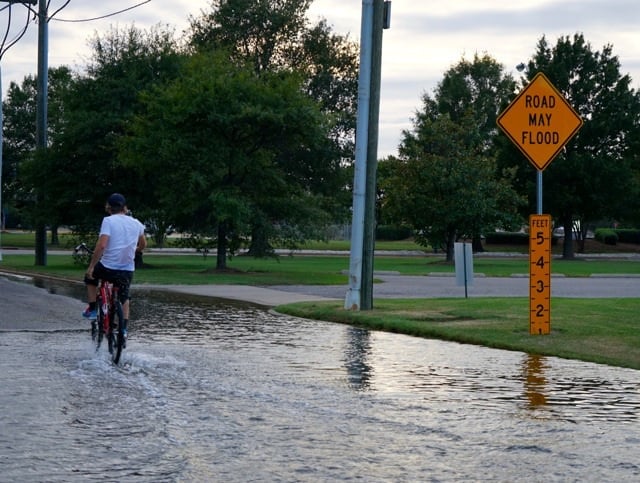 Nowhere would that be more true than Norfolk, Virginia. Situated along nearly 150 miles of shoreline (lakes, rivers and the Chesapeake Bay) on Virginia’s coast, Norfolk has the proud honor of being home to the world’s largest naval base and the dubious distinction of experiencing the fastest sea level rise of any place on the East Coast. Normal tide levels are up 1.5 feet in the last 100 years.

Norfolk’s Director of Planning, George Homewood, and Chief Resilience Officer, Christine Morris, were recent guests for my SAS Talk with Kim podcast to talk about coastal flooding and resilience - a topic on the minds of many these days.

Like Houston, Norfolk doesn’t need a major hurricane for its streets to flood. The area’s chronic flooding has been featured in  USA Today, the Washington Post, and in multiple New York Times articles. This New York Times story in September of 2016 was anchored in Norfolk and started with “For decades, as the global warming created by human emissions caused land ice to melt and ocean water to expand, scientists warned that the accelerating rise of the sea would eventually imperil the United States’ coastline. Now, those warnings are no longer theoretical: The inundation of the coast has begun. The sea has crept up to the point that a high tide and a brisk wind are all it takes to send water pouring into streets and homes.”

A New York Times story in April of this year noted: “A single major storm-and-flooding event could cause $10 billion in damage in Hampton Roads alone, according to one planning report. AIR Worldwide, which models the risks of catastrophic events for insurance companies and governments, found that $1.1 trillion in property assets along the Eastern Seaboard lie within the path of a hundred-year storm surge.” Given that estimates of recovery costs for Harvey range upwards of $100 billion (same for Irma), that $10 billion estimate for Norfolk and Hampton Roads might be low. 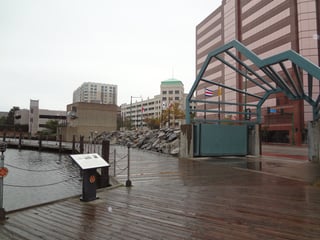 But Norfolk is the star of plenty of positive headlines, too. Like this one from Public Radio International: “How one Virginia city is re-framing sea level rise as an opportunity." (The Norfolk-based nonprofit Wetlands Watch has a good compilation of all the relevant media coverage, underscoring Norfolk’s front row seat for climate change.)

Among other early adopter actions Norfolk has taken to confront flooding and sea level rise head-on, they were one of the first cities to hire a Chief Resilience Officer, as part of their Office of Resilience under the City Manager. They were selected by the Rockefeller Foundation to be part of the 100 Resilient Cities program.  And almost two years ago Norfolk released a comprehensive Coastal Resilience Strategy, and they have conducted an in-depth vulnerability assessment.  The 100 Resilient Cities website has a good synopsis of what’s been in happening in Norfolk.

When Christine and George joined me for our SAS Talk with Kim podcast recording, Hurricane Harvey

had just battered Houston and Irma had pushed through Florida on a course that had spared Norfolk. Days after I chatted with them, the Hampton Roads area did experience flooding courtesy of Hurricane Jose while Hurricane Maria stole headlines for her destruction in the Caribbean.

So, it was definitely a timely discussion and one that is worth your listen. We talked about: